26-28 January, 2018 The Nuclear Legacies research team held a final project workshop in Malmö, Sweden. The workshop included discussions on article drafts and a project evaluation as well as a visit to the Barsebäck nuclear power plant nearby. Barsebäck is closed down since 2005 and one of the two reactors is currently being dismantled, the work starting from inside and going outwards. The reactor basin is already emptied, as visible in the picture below. The Nuclear Legacies team now continues their research in a new project entitled “Atomic Heritage goes Critical” (2018-2020).

26-29 October, 2017 Andrei Stsiapanau introduced the Nuclear Legacies project and the outcomes of his research during the SHOT (Society for the History of Technology) Annual Meeting in Philadelphia. The meeting represents a community of researchers in history of technology, environmental history and STS where the leading scholars are part of the development of comparative historical research concerning the relationship between technology and its environment, politics and society.

Within a session on “Nuclear Danger”, Andrei Stsiapanau presented the paper “Nuclear waste as unclear legacy: How to classify and manage the nuclear energy uses in modern Russia?” Based on a case of public hearings about underground waste disposal construction in Sosnovy Bor (Russia), he showed how controversial the definitions and uses of the nuclear waste are and furthermore how the negotiations about the future of the nuclear age in modern Russia are most uncertain. The discussion afterwards revolved around the politics of nuclear decision making in Russia and the technology of underground nuclear waste disposal.

25 September, 2017 Florence Fröhlig participated in the 336th so called Mannwache in the German town of Breisach. The meeting has been organized every Monday evening since the Fukushima catastrophe in 2011, in order to call attention to the dangers of nuclear energy production. In the local region, on both sides of the French-German border, the meeting forms one part of the anti-nuclear movement requiring a shut-down of the nuclear power plant located in the Fessenheim on the French side, but less than 20 kilometers from Breisach.

14-16 September, 2017 The Nuclear Legacies conference in Stockholm gathered 35 international scholars from different disciplines. Apart from presenting and discussing our ongoing research, we visited the closed down nuclear reactors R1 and Ågesta located respectively at the KTH campus and in the Stockholm suburb of Farsta. Another way to stimulate discussions was by interacting with artists who are dealing with nuclear issues – among them Carl Johan Erikson and Karin Willén and their project “10°C – Recipes from the archipelago of Forsmark”. As a public part of the conference, we organized an opening of a photo exhibition about Ågesta and a panel discussion on the topic Nuclear Heritage – What to do with it? in collaboration with the National Museum of Science and Technology. The full conference program is available here. 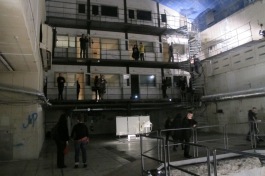 11 September, 2017. Can Russia use its nuclear cultural heritage to come to terms with its Imperial and Soviet past? Egle Rindzeviciute presented her ongoing work at the STS Circle seminar in Harvard University, USA. The STS Circle at Harvard is a group of doctoral students and recent PhDs who are interested in creating a space for interdisciplinary conversations about contemporary issues in science and technology that are relevant to people in fields such as anthropology, history of science, sociology, STS, law, government, public policy, and the natural sciences. The seminar series seek to engage not only those who are working on intersections of science, politics, and public policy, but also those in the natural sciences, engineering, and architecture who have serious interest in exploring these areas together with social scientists and humanists.The Harvard STS Circle is co-sponsored by the Graduate School of Arts and Sciences, the Weatherhead Center for International Affairs, and the School of Engineering and Applied Sciences. 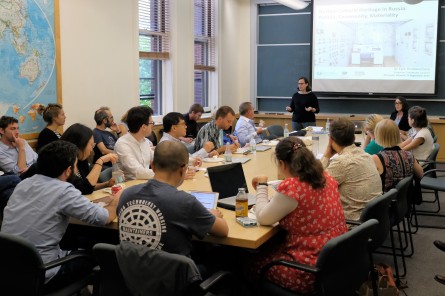 8-22 July, 2017 Egle Rindzeviciute was invited as a tutor at the art residency “Trauma & Revival: Contemporary Encounters” in Riga, Latvia. The art residency was co-funded by the Creative Europe Programme of the European Union (2015-2018), Latvia 100, Latvian Culture Capital Foundation, BAFF, Embassy of the United States, and co-ordinated by kim? Contemporary Art Centre in cooperation with BOZAR. The residency proposed workshops, lectures, master-classes, discussions, encounters, debates, and open studio events gathering emerging artists and researchers from Eastern and Western Europe, including Russia. The travelling exhibition Facing the Future: Art in Europe 1945-1968 (curated by Peter Weibel and Eckhart Gillen) served as a point of departure.

In Riga, the residency workshops revisited the historical complexities, common memories and imagined futures that have been significant in the East – West dichotomy relationship, particularly in the infrastructure of the Baltic countries, which has been a frontier between Russia and Europe. Dr Rindzeviciute curated a week-long programme which included lectures on nuclear heritage and nuclear legacy in public health in the Baltic states, and visits to the Latvian Radiation Safety Centre and the Latvian University Museum of Informatics. 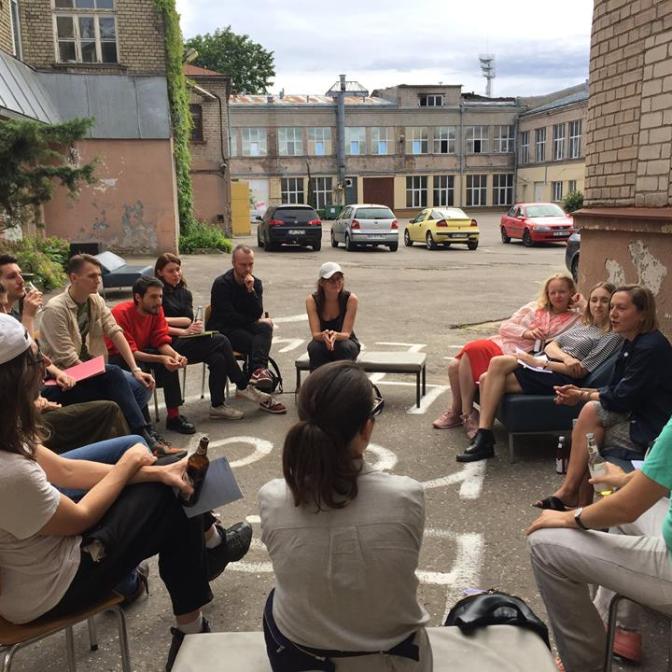 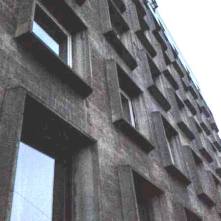 June 21-22, 2017 Tatiana Kasperski and co-organizers Jaume Sastre-Juan and Jaume Valentines-Álvarez held a workshop on “Nuclear fun: banalising the atom in public display” at the University Pompeu Fabra in Barcelona, Spain. Can nuclear technologies be fun? This was the central question that the participants tried to answer in a series of papers covering the experiences of England, Spain, Portugal, Ukraine and elsewhere. Since the 1950s, the circulation and social acceptance of nuclear technologies has not only been shaped and mediated by techno-utopian dreams of cornucopian abundance and the awe of technological sublime, but also by a playful familiarisation seeking to overcome resistance, distrust and fear of an apocalyptic future. The goal of the workshop was to explore the history of ‘nuclear fun’ and to analyse the role of entertainment, ludic and participatory displays in shaping the cultural representation and the material proliferation of nuclear technologies.

May 31, 2017 Andrei Stsiapanau presented preliminary results from his recent field work in Sosnovy Bor, Russia, at the research seminar at the Institute of Contemporary History (SHI) at Södertörn University, Sweden. He talked on the topic: Nuclear Waste as Unclear Legacy.

May 13-29, 2017 Egle Rindzeviciute spent two weeks visiting atomic heritage sites in Russia. She worked in the archives of the Polytechnic Museum in Moscow, explored the world’s first commercial nuclear power plant in Obninsk (1954) and interviewed atomic heritage professionals as well as scholars studying nuclear legacies in Russia. A formerly secret science city, Obninsk is home to the Institute of Physics and Power Engineering which is developing a memorial complex dedicated to the origins of peaceful applications of nuclear energy in Russia. (By a decree of Stalin, the nuclear physics Laboratory V was founded in the Obninsko settlement in 1946, and in 1956 Obninsk obtained city status – see picture below.) On 15 May Rindzeviciute gave a lecture on nuclear heritage in Russia to the postgraduates at the School of Cultural Studies at the National Research University – Higher School of Economics, Moscow. 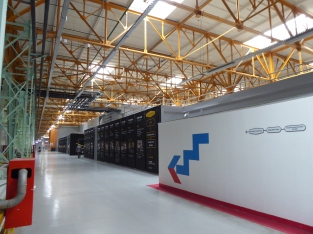 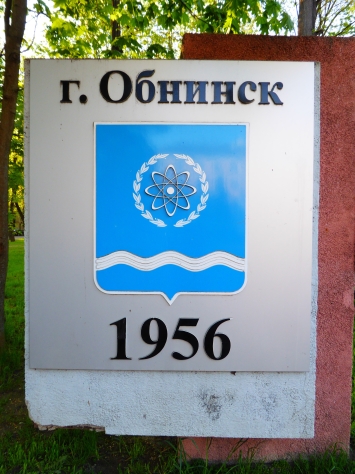